Stuart Wilson, our PGA Head Professional provides lessons for golfers of all abilities. He offers his expertise and guidance to ensure all areas of your game improve.

The area mainly used when teaching is our vast practice area in the middle of the course which is great as it is turf all year round. The practice area also has a large pitching green with two bunkers to help fine tune your short game. Mainly 30 minute swing lesson, short game or putting lessons are available.

Lessons are available here at Duddingston Golf Club for everyone. Whether you are a member or a visitor, a complete Novice, competent Club Golfer or Elite Amateur there are Lesson Packages & Programs available to suit all needs and abilities, and with over 25 Years Teaching experience as a PGA Professional, Stuart has all the knowledge and interpersonal skills required to help you get the best out of your abilities. 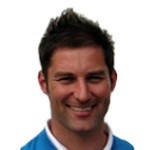 Stuart was born on 25th February 1976 in Kirkcaldy, Fife in February 1976 and grew up in the nearby town of Glenrothes. Although Stuart's family all played golf he didn`t take to the game until the age of 12, and after two summers playing he got his first handicap of 28. That wasn`t to last long and in 3 seasons he reduced his handicap to 3. At the age of 17 and with his handicap low enough Stuart decided that rather than following a career in design would prefer to take a job as an Assistant in
Book a Lesson Book a Fitting

Whilst we investigate, please read our page on the email whitelisting and ensure you've added me to your Safe Senders list